Add Photos
Be the first to add a photo!

My vehicle shut down in front of my house, I called my insurance for towing services on September 29, 2016. We towed it to AC Auto on 1411 N 5th street Reading, PA 19601. After not hearing from him I called serval times for an update on my vehicle, I spoke to every single staff and no one knew about my vehicle and I was instructed to only speak to the boss Tom. After serval attempts to receive an update I went to this location and spoke to him and he kept telling me "all it needs is a battery, ill have it ready soon" I kept accepting his apology and I gave him another week possibly 2. I still did not hear from him. I went back to give him another contact number incase he lost the other one. I still did not hear from him. I gave him another month to see if he calls and nothing. I called again and he stated he brought the car down and he's working on it. I called the following week and he continued to tell me the same. After giving him so many chances I finally reached out to my insurance to send over a towing to pick up my vehicle and drop it off at another location for fixing. When the towing gets there the boss tells me that he cannot find my car nor my keys. and stated that someone must of stoled it out of his mechanic shop. Without giving me any further information he just walked away from me leaving me speechless. I followed up by calling the police and making a report. He left me without a car that I've been paying insurance on while it was at his shop, I paid a lot of money for this car, and to have no explanation on the where about of my car is very frustrating. His customer service is very poor.

Was this Review helpful to you?0
Flag Abuse
Cr S.

Wonderful service! Haven't had a problem with them yet. Been going here since 2000!

Was this Review helpful to you?0
Flag Abuse
YPMobile User

Excellent, but don't drive the vehicles out of the lot , the insurance laws have change , now if you're not in the policy you can't drive a vehicle, you'll be driving without insurance, dealer plates? Won't fly. The vehicle will be towed away and that's court cost for restitution etc...

Never returning to AC Auto Repairs. Had our vehicle on and off for two weeks - twice for several days in a row without even calling to advise they needed more time to repair it. When it was finally repaired the car was returned damaged and they refuse to repair it. DO NOT GO TO THIS GARAGE!

I started using this wonderful garage when the business I worked for used them for all their cars. I then suggested my father begin going to them, since they were always fair and honest. I give their name and number to anybody I know who needs to save money on their auto repairs, and everybody loves them. I've sent over 200 referrals to them in the last 10 years, and nobody has ever complained. I highly recommend A C Auto! If you value people who go the extra mile, you will love doing business there!

Was this Review helpful to you?0
Flag Abuse
schilander1

I have a chevy blazer and I had a big problem with it, it would not start and if it did it wouldn't stay running. Tommy is a great guy he went above and beyond for me.And with the holidays he worked with me on my bill. I need a waterpump put on and I will be calling them to do it. They really go out of there way for you. I tell all my friends that if they need work to be done they are the crew to do it.. way to go AC AUTO =). Thanks again guys

I have been going to ac auto for years with a few different cars and I never had a problem and they are very good with there price and stand behind all there work. there old school auto techs so the only thing I wouldn't bring there is a hybrid.

We had a problem with our vehicle. This place went above and beyond with servicing the vehicle and fixing the problem. Due to other situation, they even made arrangements to pick up and deliver our vehicle for us. I highly recommend them. If they can't fix the problem, they are honest and tell you that they are unable to fix it and you will have to go elsewhere to have it fixed.

Was this Review helpful to you?0
Flag Abuse
h15townsand09

This is the worse shop i have ever been to. I took my car to them for a simple problem and they completely messed up my car and now i am forced to take it to another mechanic and it is thousands of dollars worth of work because this garage was dishonest about fixing it. DO NOT GO HERE!

Was this Review helpful to you?0
Flag Abuse
View More

Click on the business name to learn more about this business. 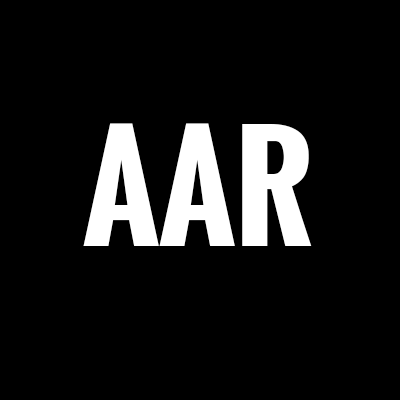 Data provided by one or more of the following: DexYP, Data Axle, Yext.

Get Directions
Data provided by one or more of the following: DexYP, Data Axle, Yext.